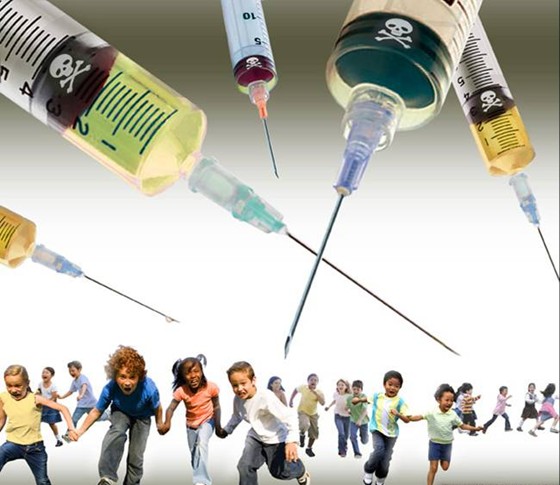 In my wanderings across the news, horror, feeds and depths of the Internets for all things zombie, there’s one thing I forgot: Tabloids. As Tommy Lee Jones said in MIB, they are the “Best investigative reporting on the planet. But go ahead, read the New York Times if you want. They get lucky sometimes.”

The Weekly World News had this gem:”BRAIN-EATING VACCINES TURN AMERICANS INTO ZOMBIES”

The mainstream media and the scientific dictatorship of the United States Federal Government is giving Americans brain-eating vaccines and putting brain-eating chemicals into the water supply. These chemicals, whether ingested by mouth or injected through the skin, virtually rewire minds into a state of subservient compliance so that their natural instinct to rebel against tyranny is neutered. They also make people want to eat more broccoli.

However, as reported a few years ago, brain eating amoeba found in lakes in the American Southwest has been known to slowly kill people with zombie like symptoms.

This is fantastic stuff. Whether you follow conspiracies, zombie culture, or have your escape plan ready — stay in the know. Remember, stay low, keep moving, and remember to double tap.

The post Tabloid Journalism Informs the Masses of Zombies first appeared at The Undead Report.