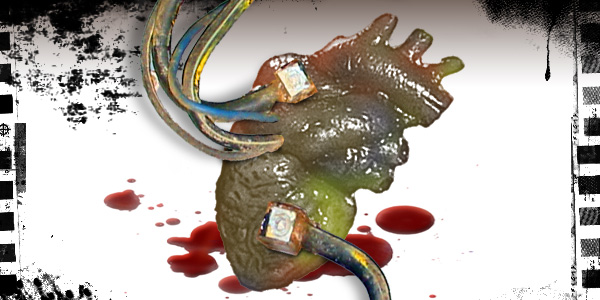 What do you get with one part cellular cleaning agent, one dead heart, and a couple of mad scientists? That’s right: reanimated hearts.

Perhaps the efforts of earlier commie scientists are still being perfected. Scientists in Minnesota have been injecting dead rat hearts with a cleaning solution, then using a pacemaker and pump to get the things working. After eight days they began to pump on their own. Creepily slow beating.

The researchers say they were curious to see what would happen in the laboratory if nature was given the appropriate tools. The team already knew that decellularization had been used in making tissue heart valves and blood vessels and decided to try the process out on whole organs such.

Of course, this begs the question: how long is too long for death? Zombie rats? Are human hearts next? While I admit this is wild speculation, it’s interesting nonetheless. This cutting edge science illustrates it is possible to reanimate dead tissue.

How to mend a broken heart – News-Medical.net