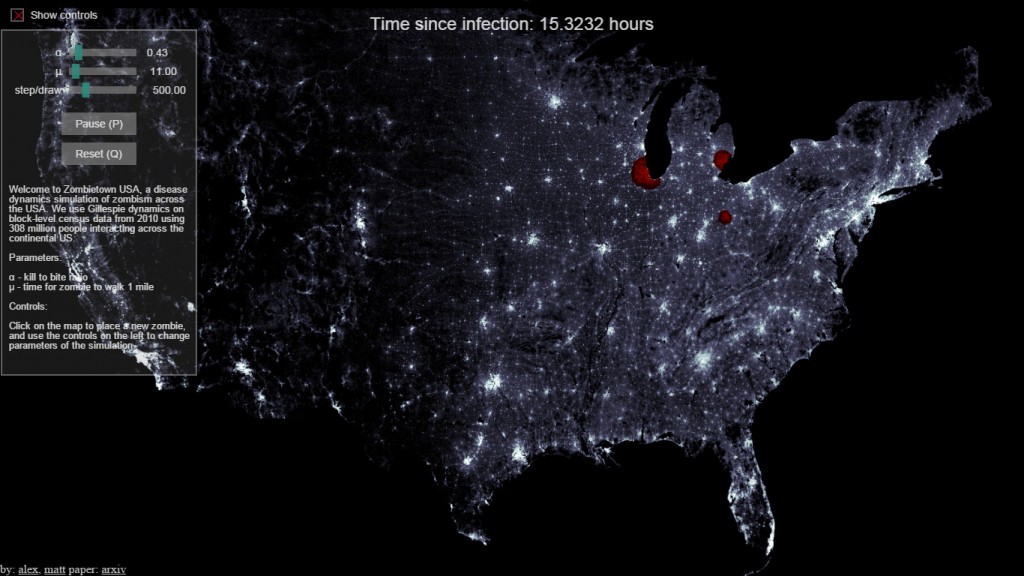 Looking to see what would happen in a zombie outbreak given factors X and Y? Look no further, for physics and disease gurus have given us the answer.

The simulator is hosted on GitHub, produced by Matt Bierbaum. In it, observe a map of the United States and start your own zombie outbreak, modeled on disease and virus transmission. The map shows which areas are more densely populated so placing a zombie in the center of New York is quite interesting.

The sim uses modeling and of math and real-world information, including 2010 census data. You can adjust the “bite to kill ratio” and “inter-cell propagation speed” to test different scenarios.