Anatomy of a Zombie Brain! 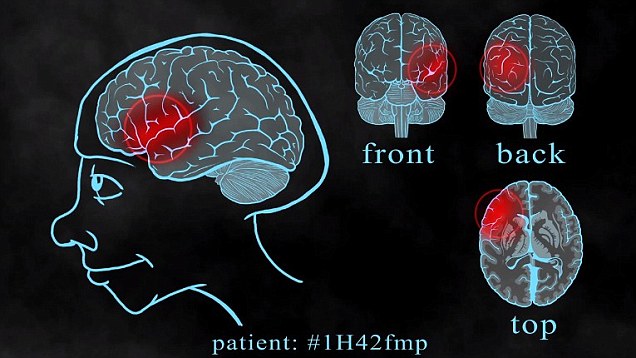 Happy New Year. Just because we survived the 2012 zompocalypse doesn’t mean we should let our guard down. Thankfully, some Neuroscientists from Carnegie Mellon have given us detailed insight into the anatomy of the zombie mind.

Two neuroscientists have analyzed the behavior of the walking dead to reveal the inner workings of their minds and defined a comprehensive diagnosis of ‘zombism’.Zombie  fans and researchers Timothy Verstynen, an assistant professor in the department of psychology at Carnegie Mellon University in in Pittsburgh, Pennsylvania, and Bradley Voytek, assistant professor of cognitive science and neuroscience at the University of California, San Diego, have cataloged and analyzed the types of behavior and possible structure of an infection type zombie.

They have dubbed the condition ‘Conscious Deficit Hypoactivity Disorder’, or CDHD, which they describe as an acquired syndrome in which infected people lack control over their actions — in this case, the zombies are alive and infected, not necessarily undead. There are two types — CDHD-1, which affects Romero style slow zombies, and CDHD-2, which is typical of  Snyder style fast zombies. 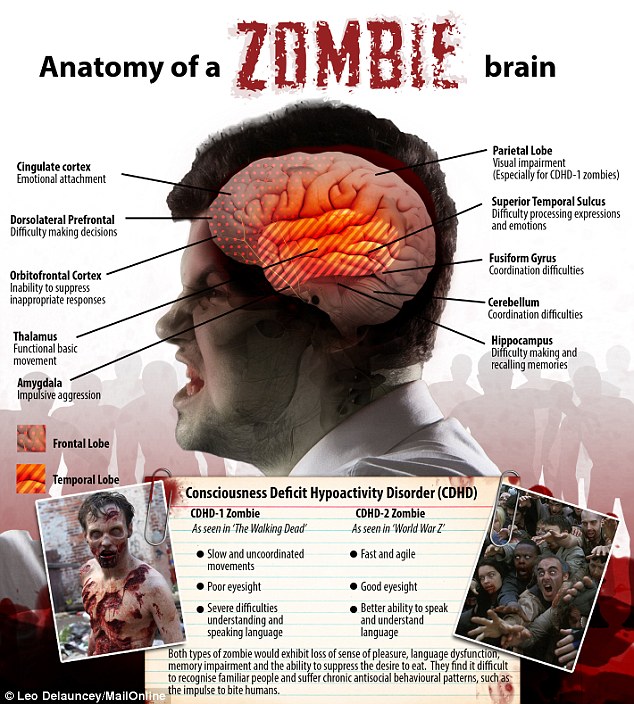 Read more about the research: The science of ZOMBIES: Neuroscientists reveal the anatomy of the undead’s brain – and how to avoid becoming their dinner

The post Anatomy of a Zombie Brain! first appeared at The Undead Report.