Get Prepared With These Zombie Themed Armaments 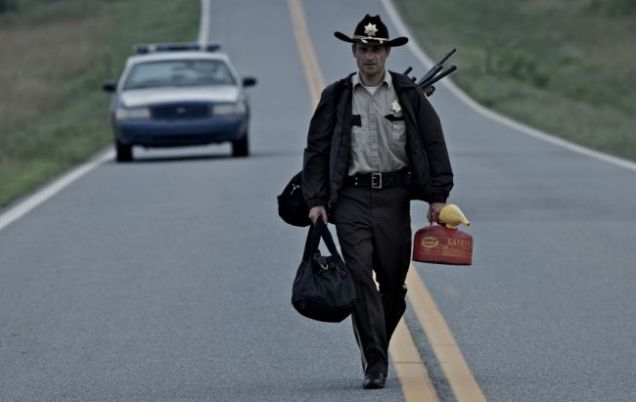 Let the world know you’re prepared. Just because you may be a zombie preparedness fiend doesn’t mean you have to hide in the basement of the Army Base you just took over. A little flaunting of your mindset and preparedness can be a good thing, as long as you don’t reveal your escape and fortification plans.

Just in case regular bullets aren’t enough, you can make those zeds think(?) twice with the proven effectiveness of zombie tested and researched ammunition.

The ammunition company Hornady has produced a new line of proven (Have you seen a zombie?) bullets and shells called Z-Max. The ammo runs the range from 380 Auto to 7.62x39mm and more, including some particularly nasty looking 12ga shells. 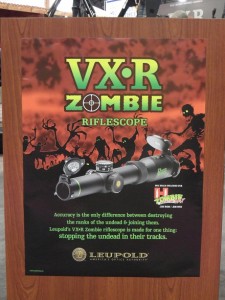 The American optics company Leupold has jumped on the anti-z bandwagon with a fine release to compliment the rail on your weapon. Their VX-R scope brings high technology with a touch of anti-zed class. Its features include a green on switch and illumination dot, as well as some spiffy morale boosting gooey fonts and decals on the exterior.

You can find more information about the VX-R in a few different styles at Leupold’s website. It’s certainly been seen before from the maker crowd, but now the (unwieldy) chainsaw rifle attachment has leveled up to professional development. The chainsaw even has its own zombie themed EOTech sight! You know, so you can aim for headsaws.  The Zombie X prototype was created for FEMA and the SHOT Show.

For more information, check out the write up at Tactical Fanboy.

Goodbye zombies, we’re ready and we’ll look great bashing your heads in even when we run out of ammo.

The post Get Prepared With These Zombie Themed Armaments first appeared at The Undead Report.