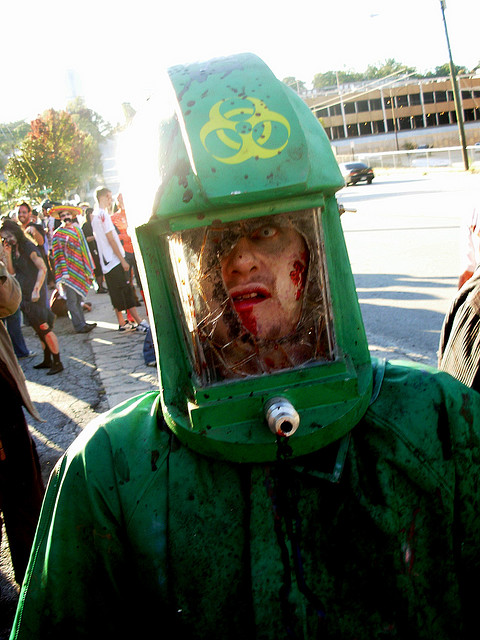 While this website may discuss cinema on occasion, it focuses on actual zombies, their creation and destruction. National Geographic in conjunction with several scientists and virologists has studied zombies as well and further backs the Boyle Zombie as a potential holocaust agent.

Rabies is a viral disease that infects the central nervous system and can drive people to be violently mad, according to Samita Andreansky, a virologist at the University of Miami’s Miller School of Medicine. Combine rabies with the ability of a flu virus to spread quickly through the air, and you  have the makings of a zombie apocalypse.

If the genetic code of the rabies virus experiences enough mutations, its incubation time could be reduced dramatically, scientists say. Many viruses have naturally high mutation rates and constantly change as a means of evading or bypassing the defenses of their hosts, however viruses aren’t known to hybridize or change so dramatically in nature. There are various ways viral mutations can occur, such as  through copying mistakes during gene replication or damage from ultraviolet light.