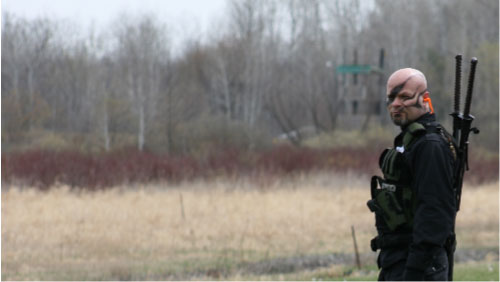 Hate Zombies? Own a gun? Want to win an ultimate Anti-Zombie Rifle (DPMS LRT-SASS in 7.62x51mm NATO)? Get your head popping self up to Minnesota this weekend!

This is one of the largest zombie shoots in the US. This is a “fun” shoot, any and all are invited.  Saturday night includes, a Zombie Hunters Ball, featuring a live band and a pig roast. Staff at the event will be zombified! come as you are, whether it’s a pizza delivery man, ninja, tacticool operator, or office worker. These are real live firearms here, aimed at zombie targets, dummies and the like. This isn’t an HvZ Nerf shoot or a Paintball shoot.

There will be several scenarios to join and shoot at to test your mettle, shotgun skills, rifle skills and reloading abilities. 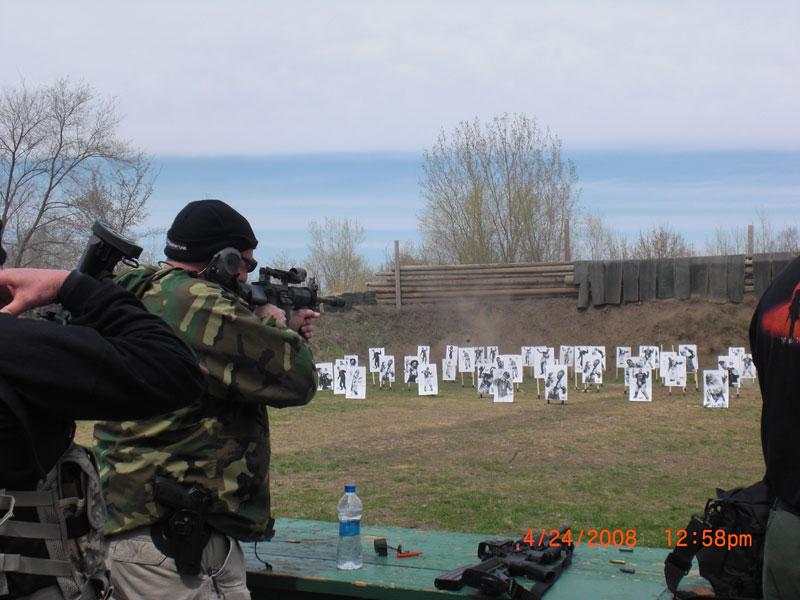 Up Close and Personal – A nearby farmhouse has been overrun with the undead, but it is full of ammo and supplies, so get a clearin’.

Live Zombie Open Range – You know what to do. Shoot anything that’s already dead. Rifle/Shotgun/Pistol

Air Drop From Heaven – An air-dropped crate of ACR’s? Retrieve it and then get a shootin’!

Sound The Alarm! – Eliminate all resistance swiftly and sound the alarm. You have 60 seconds to ensure the safety of your fellow survivors!

Anybody Home? – After walking the wilds of Central Minnesota for what seems to be an eternity, your small band of survivors has come across an abandoned house. Guess what? You drew the short straw and you get to make sure it’s clear before you stop for the night. Shotguns.

From the Waters of Lake Luth – These zombies are very active both day and night, straining the senses of the watch crews, and can only be killed with a perfect head shot.   Rifle/Squad shot.

Un-Load and Un-Lock – Navigate your way through a series of locks and doors in 60 seconds or the cure is lost!

Zombie Assault Training Site –  These 2 stages have multiple head target and you must wager your skills and life on your training and your shotgun.

The Wooded Valley of Undeath – Guard duty in the forest with your shotgun.

This weekend, St Paul is the place to put your mouth where your money is.