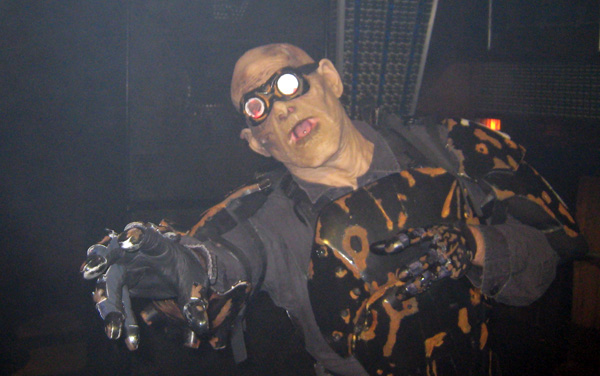 No Halloween tricks here, only treats.

Keen readers will note that suspected zombie activity exists, and is often overlooked by the press.

Iowa City police are investigating an early morning assault [on October 26th] in which a man accused another of being a zombie, then punched him twice. Police said the assault occurred at 1:17 a.m. Sunday at an Iowa City restaurant south of the University of Iowa campus.

A man was ordering food when he was approached by another man who called him a zombie, then hit him in the eye. When the victim tried to call police on his cell phone, the man punched him again, breaking his nose.

The man then ran out a back door.

The victim was taken by ambulance to a hospital.

Dead baby wakes up for his funeral wake

A baby boy born 16 weeks prematurely was declared dead by doctors at a hospital in Paraguay only to wake up in time for his funeral wake hours later.

“Initially, the baby didn’t move, he practically didn’t have any respiratory reflexes, nor did we hear a heartbeat and, as a result, we declared a premature fetus of 24 weeks dead,” Weber told Reuters Television.

The family was given a death certificate and a cardboard box with the baby’s name scribbled on the outside which served as a makeshift coffin.

But when the family took him from the hospital to prepare him for his funeral, the unbelievable happened.

“I opened the box and took the baby out and he cried. I got scared and I said “the baby’s crying” … and then he started moving his arms, his legs and I got scared, we got very scared,” said one member of the family, Liliana Alvarenga.

Hours after the baby’s death had been declared he was found to be alive. The hospital has begun an investigation and the baby is now in a stable condition in an incubator.

Presumably, he was transferred to another hospital where his condition was upgraded to “alive”.

Oct. 5, 2009 — A researcher has identified the first Australian case of a captive turtle being infected with a highly contagious disease, which has the potential to spread to humans.

Debbie Bannan, a second year veterinary science student from James Cook University in Townsville, said she discovered the disease on an Emydura macquarii, a common species of pet turtle, which was brought to a vet clinic where she was volunteering.

She said the turtle presented with a lesion on its front forelimb, which they thought was an isolated inflammation of the bone and could be treated by amputating its limb and flipper.

“It started to rehabilitate really well,” said Bannan. “But three months after that it rapidly went downhill and reluctantly we had to euthanize it.”

Bannan said when they conducted a post-mortem, they found the turtle had a bacterial disease, called mycobacterium, that had spread throughout its entire body.

“Mycobacterium is much like staph on human skin, and it can be carried by lots of animals.”

The bacterium isn’t pathogenic until it enters the body, through air passages, cuts or the intestines, she said.

The causes for reanimated flesh are varied and sometimes completely undefined. No matter, the end result is the same — an ever-quickening spread of walking dead consuming and converting the living to their cannibalistic ways.

We all know that zombies eat brains. It’s what they crave. It’s what motivates them to ceaselessly stalk the living and rip them to shreds in an attempt to open their skulls to get to the savory gray matter inside. Further, we know that any injury caused by one of these creatures — be it a bite or a mere scratch — is enough to turn a human into a zombie.

Yet, we also know that the only way to permanently disable a zombie (to kill one, as it were) is to shoot it in the head, or decapitate it, or cause enough trauma to the cranium so as to destroy the brain. Burning works well, too.

Do you now see the lack of logic behind the zombies-overrunning-humanity scenario? If zombies eat brains, and the destruction of the brain is the only thing to kill a zombie, then how could zombie-itis ever sweep over humanity and wipe them out? Motivated only for the neuro-smorgasboard that the living are to them, zombies would be negating their own spread by destroying potential zombies in their feeding frenzy. 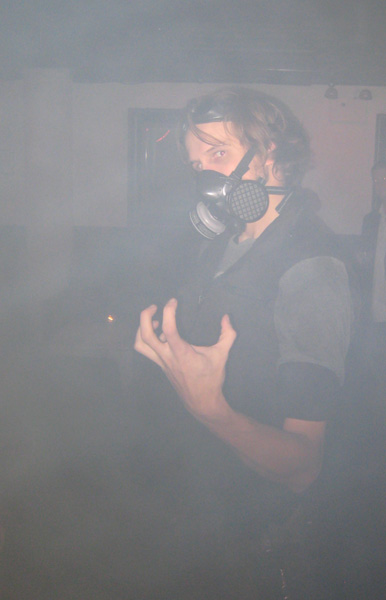 Well put professor, but we’re on the lookout for aggressive, crazed, highly infectuous and potentially lethal, very alive humans. They have no taste for brains, only a taste of madness. However, I bet your brains are delicious.

I’ve taken to wearing my kukri around town more often, strapped to my thigh. It’s easier to claim “religious use” than a firearm.

I was asked on the Red Bar Radio show “how much have I spent so far on something that doesn’t exist”.

The post Real Zombies Ignored by Media around Halloween first appeared at The Undead Report.